Note:  data was not available for shot locations so — Expected Goals & the Shot Quality Breakdown will not be included but will be for league matches.

It was not a precise & dominant performance by Rangers, but Ayr never threatened to get much out of the game either.  The fact that Rangers dominated the shots & shots on target is a trend that continues, even when they are not a their finest.

Ayr United’s first shot came in the 81st minute & then they finished with a flurry of three in the final five minutes.  To reiterate, Rangers went the first 80 minutes without even allowing a single shot.

Ayr deserves credit for trying to play the ball out of the back, the first team to do so against Rangers.  Fleming played short balls, either rolled or kicked, 48% of the time.  Ayr successfully established possession in Rangers half 67% of the time on that distribution.  When he did go long, his GDR was 0.38.  Foderingham played short 90% of the time & his GDR was 0.79 on those balls.  Neither of his long balls successfully led to possession for Rangers in Ayr’s half.

Rangers outshot Ayr United 16 to 0 with James Tavernier on the pitch. 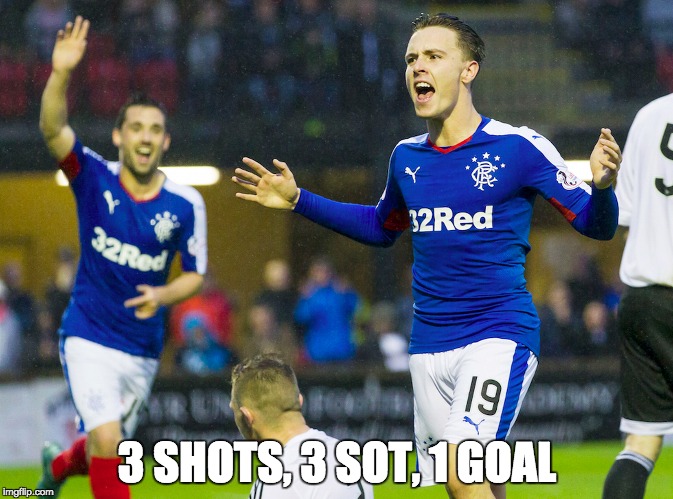 This may have been Barrie McKay’s best game in a Rangers strip since 2012.  When he & Nathan Oduwa featured on the left – the defense could do very little but back off the play. 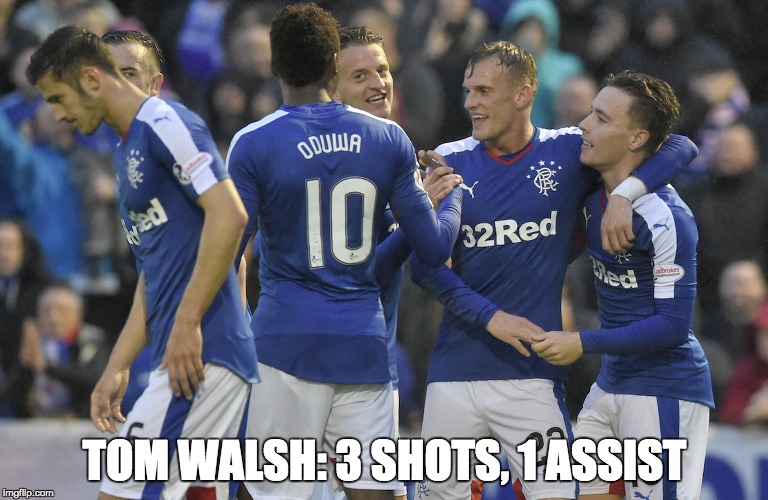 In 59 minutes, the youngster was a pretty constant threat & his hard work paid off with an assist on Barrie McKay’s goal.  Jason Holt got the other assist on Nicky Clark’s goal.