With 92% of the Scottish Championship season still left to play – let’s look at the trends beginning to form.  OK, no real trends can be claimed after three matches but let’s look at how teams are doing anyways.  If anything, we’ll likely see the “Rangers effect” as teams who have faced the Ibrox side see their stats skewed in the wrong direction.

The vertical numbers represent shots against per game, while the horizontal axis represents the average shots taken each match. 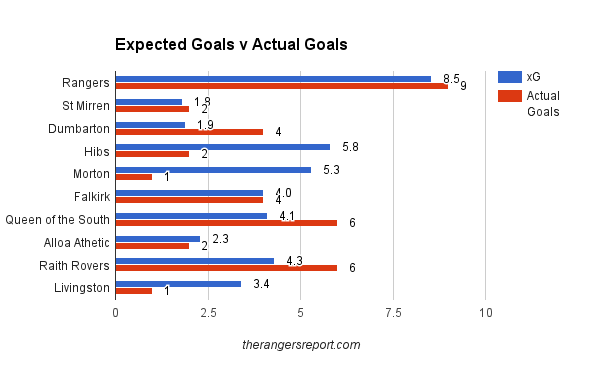 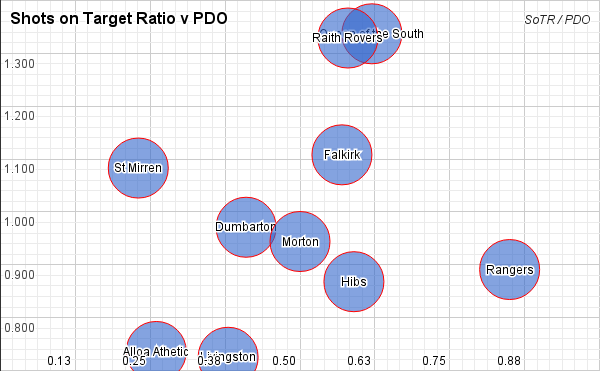