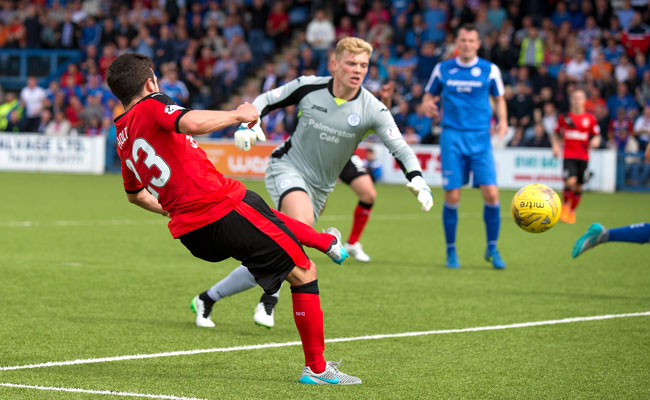 After four weeks the quality divide in the Scottish Championship is beginning to take shape.  At the very top is Rangers & there really is no other team playing at their level so far.  One clear indicator, among many, is Shots on Target Ratio.  In Rangers matches, they have 81% of the shots on target.  The next best team is Hibs who have a 58% SoTR.

We could keep going but on this occasion we’re going to narrow our look to the quality of shots teams are generating.  Good teams want to make sure that the majority of their shots come from within the penalty box.  Teams that can breakdown the final third & create chances in dangerous areas are more likely to score.  Teams that struggle to create chances often will rely upon the first chance that they get & will tend to have more shots coming from outside of the penalty area.  Often the prettiest goals are scored that way but the chances of scoring from a longer distance are not in your favor.  Think of all of the goals that Ally McCoist scored in his career…now think of where most of those goals came from.  His goals weren’t the prettiest, but the sheer volume of his goals is what set him apart during his time.

Here is your breakdown of Scottish Championship teams after four matches. 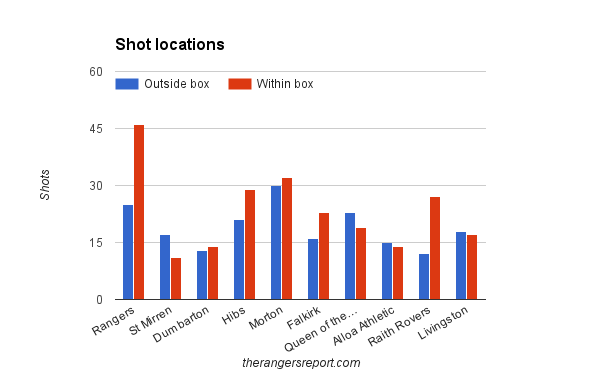