The minimum minutes played to be considered is 285. 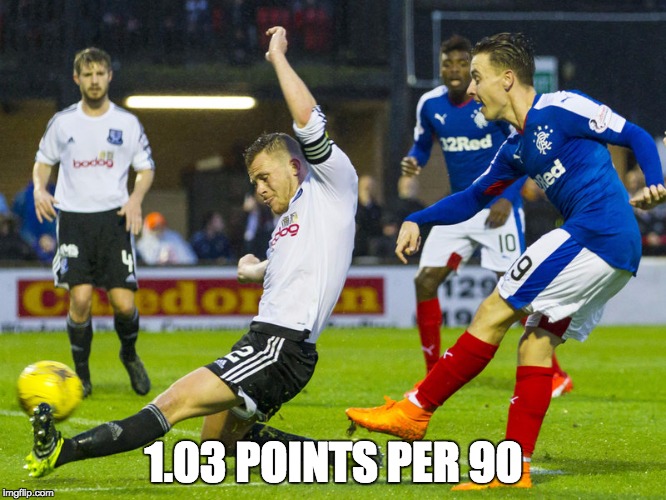 Points per 90 minutes- Barrie McKay, Rangers – a player supposedly not good enough to be part of Rangers first team over the past two seasons, now leads the Scottish Championship in Points per 90 minutes.  His two non-penalty goals & three assists in 438 minutes is further proof that Mark Warburton deserves another tip of the magic hat for recognizing the potential of the 20-year old winger.  Next best:  Lee Wallace, Rangers 0.93 & Kenny Miller, Rangers 0.92 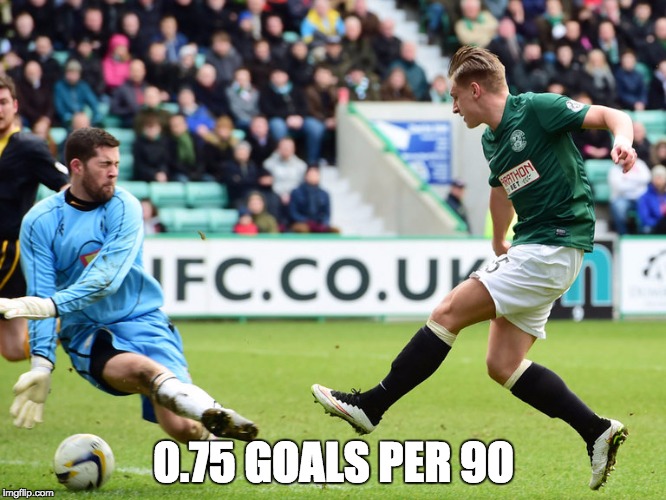 Goals per 90:  Jason Cummings, Hibernian – Cummings has proven himself to be among the best goal scorers in the Championship since Hibs arrival in the division last season.  He now has three goals off of seven shots on target, as he has forced Dominique Malonga to a bench role. Tied with:  Lee Wallace, Rangers 0.75.  Next best:  Kenny Miller, Rangers 0.61 & Iain Russell, Queen of the South 0.52

Assists per 90:  David Smith, Falkirk – the former Hearts winger has proven to be a real force this season, assisting on three of Falkirk’s goals.  Next best:  Barrie McKay, Rangers 0.62 & Martyn Waghorn, Rangers 0.53

Expected Goals:  Martyn Waghorn, Rangers – the Rangers forward finally notched his first goal in the run of play last weekend & it could be a sign of things to come.  Waghorn leads the way in Expected Goals & it wouldn’t be a surprise to see his actual goals begin to catch up with his projected output.  Next best:  Denny Johnstone, Morton 2.20 & Jason Cummings, Hibs 2.08 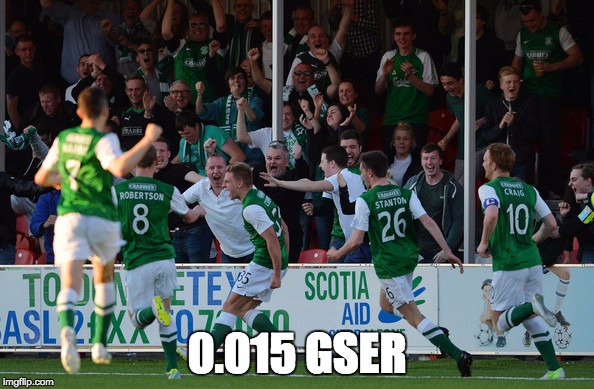 Goal Scoring Efficiency Rating:  Jason Cummings, Hibernian – this experimental stat, unique to Rangers Report, is explained here & really functions as a way to identify players who are producing the most, relative to the possession trends for their team.  After a slow start, Jason Cummings is beginning to turn it on & is leading Hibs’ charge back up the table.  Next best:  Lee Wallace, Rangers 0.012 & Iain Russell, Queen of the South 0.012

Shots per 90 minutes:  Martyn Waghorn, Rangers –  further proof that the goals will be coming soon for Waghorn is the fact that nobody in the division is generating the volume of shots that the Rangers forward is.  Next best:  James Tavernier, Rangers 3.63 & Ross Forbes, Morton 3.05

This advanced stat for goalkeepers is explained in this introductory post.  The former Aberdeen keeper began the season on the bench for St. Mirren but injuries have thwarted him into action & his play has helped St. Mirren bounce back after a slow start to the campaign.  Of the shots on target that he has faced, his Expected Goal Against is 3.26.  He has given up two non-penalty goals.  Only one other keeper is in the negative.  Next best:  Derek Gaston, Morton -0.99 & Mark Oxley, Hibs 0.49