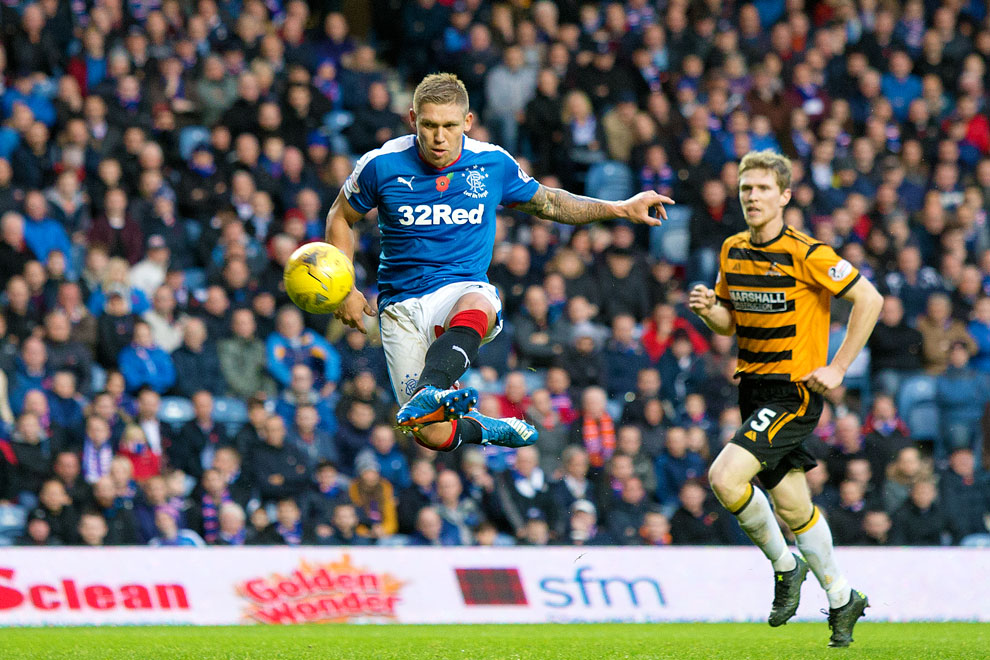 The recent addition of Mike Driggs to the Rangers Report team promises to take our presentation of data to another level.  While so much of our work has revolved around the number crunching of statistical data, Driggs speciality is providing a visual representation of that data.  We debuted his Goal Creation Graphs yesterday & have lined up some tactical analysts to look at these graphs for goals throughout the season to highlight trends in Rangers play when it comes to both scoring & allowing goals.

In this post, you’ll get a chance to see Expected Goals come to life.  This feature has been available through the work of Michael Caley for a while for games coming out of England, Germany, Spain, Italy, etc.  But this may be a first time seeing it for a Scottish Championship league game. 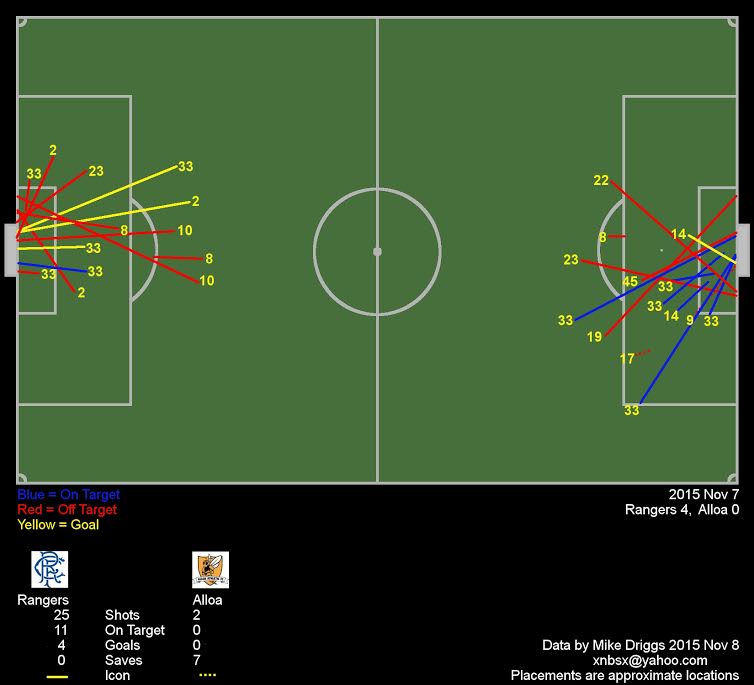 The chart above displays shots from both Rangers & Alloa Athletic from Saturday.  The shots on the left represent Rangers’ first half shots, while the right side features the second half shots – along with Alloa’s two lone shots in the opening half.

For some context for the following numbers:  the Expected Goals per 90 minutes leader this season is Livingston’s Jordan White.  He averages 0.54 xG/90 minutes.  So while James Tavernier’s 0.33 doesn’t seem like a huge number, it actually represents a very respectable output.

The beauty of aligning the stats with the visual data is that you can really see just how dominant Martyn Waghorn was on Saturday.  Of his ten shots, nine were on target & two beat the Wasps’ keeper for goals. But look at where his shots were being generated.  It’s not only visual evidence of Waghorn’s strong play, it also is an indicator that Rangers were able to turn their volume of possession into High/Very High Danger shots.

Waghorn’s second goal & Nicky Clark’s header are where most goals are scored from.  The other two, which came from outside the box, came from a flukey turnover from the goalie & another sublime free kick from James Tavernier.  Goals are often isolated & random events, so teams should make it a priority to maximize their chances of scoring by getting shots from within the penalty box at a higher rate. 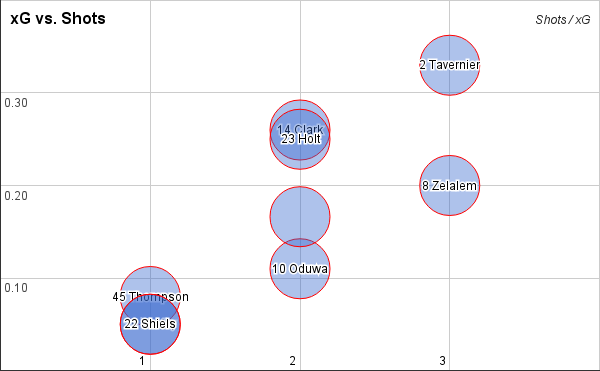 The above graph has shots along the horizontal axis & xG along the vertical.

First off, I had to exclude Waghorn from the above graph because his numbers really skewed the proportions.  The blank circle represents the average number of shots & xG per shot of the players who took a shot on Saturday.