The 1-1 draw at the Tony Macaroni Arena is a game that will not live long in the memory. Rangers took the lead through Jason Holt, and then they missed a few good chances, especially through Martyn Waghorn, before Livingston managed to level the match courtesy of a Myles Hippolyte special. Rangers pressed after the goal, but McCallum earned Livi a point as he kept Kenny Miller‘s net-bound shot out.

It wasn’t a game that the team or Mark Warburton will be particularly proud of, and, to be honest, massive improvement is needed. It’s not often that you could say that a draw was a fair result when watching Rangers this season, but this is one of those occasions – neither side deserved to win the game.

Not only did the little midfielder fire the opening goal past McCallum, but, yet again, he worked his socks off on both sides of the ball, proving why he is becoming such an important player for this side.

Mark Warburton and Jason Holt gave their reaction to Rangers TV after the final whistle.

I didn’t think we showed real quality in the second half. We huffed and puffed a bit but didn’t really create enough clear cut chances.

“So first half was good, we started off really well and got the goal. We needed to come out and be really dominant and they scored and we were scrappy, a bit loose in possession.

“Yes, we had lots of the ball but didn’t really hurt them enough as we should have done.

Holt said:” The result has taken a little bit of a shine off scoring today though.

“It was nice to get a goal but the overall feeling is disappointment because the team comes first and we weren’t able to get the win.

“I’m just trying to get myself in the box as much as possible and try and get on the end of chances.

“In the position that I play I should be scoring goals from there because of the amount of times I get forward and it something I will always look to have in my game.

The 1-1 scoreline was Rangers’ first draw in all competitions this season.

It has to be when Barrie McKay’s curling effort crashed back off the face of the right-hand post. If that goes in, it’s 2-0 before half-time and the points are safe.

1 year ago today we got beat 2-0 off hearts at tynecastle, a game in which jason holt scored.. And fans think we have it bad now? 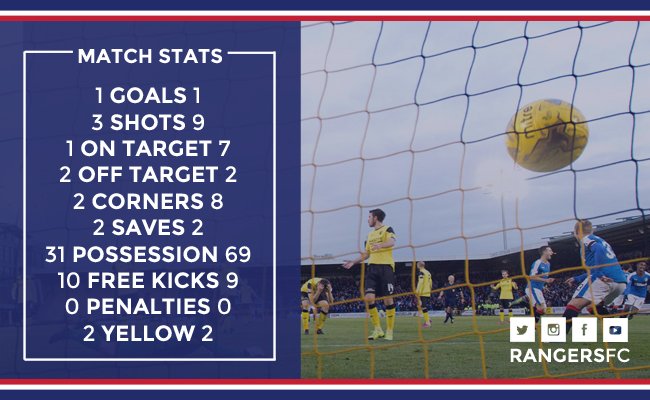 St Mirren in the semi-final of the Petrofac Training Cup on the 28th of November. Kick-off 12:15.

One thought on “Livingston 1-1 Rangers: The Alternative Match Report”