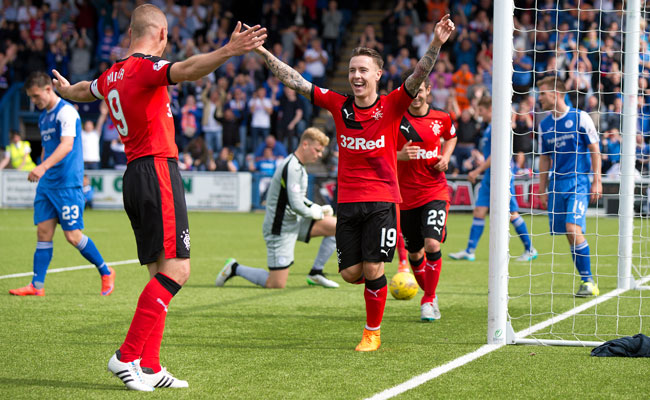 The following statistical breakdown is inspired by James Yorke’s analysis of Juventus’ recent struggles for StatsBomb.

As you know, Mark Warburton has largely relied on a 4-3-3 tactical set-up for Rangers this season.  The purpose of this post is to look at the stats to determine what role each attacking player is playing in the lineup & to possibly pinpoint which players have been thriving despite limited minutes. 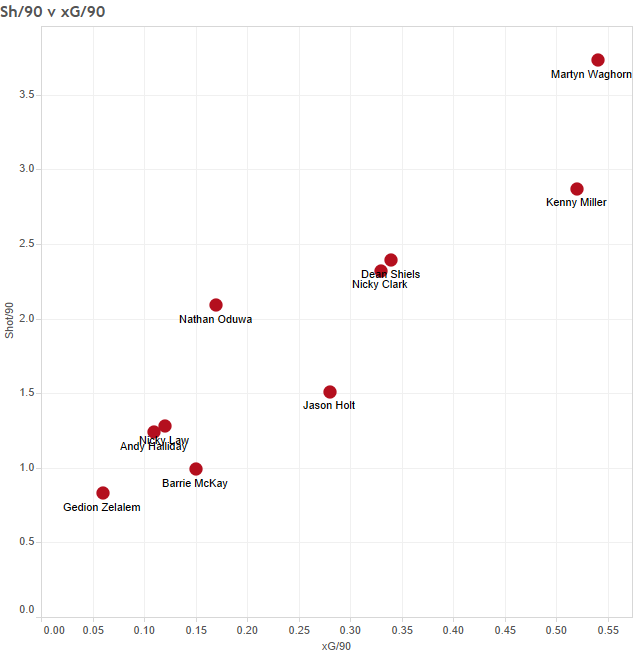 Shots per 90 are going along the vertical axis, while xG per 90 runs along the horizontal.

2 thoughts on “A statistical look at Rangers ‘Front Six’”