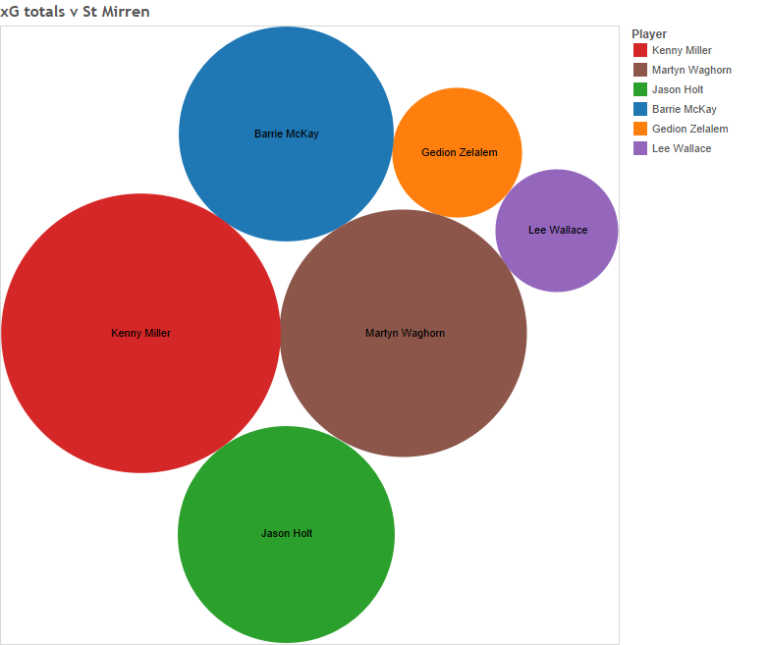 The size of the circle reflects the total of Expected Goals for each player.

The above graph features shots along the vertical axis & xG per shot runs along the horizontal.  The larger the circle, the greater the total xG.