In this Analytics Quick Hit, we will examine the finishing abilities of the Raith Rovers squad by using Expected Goals per shot in relation to first, shooting percentages & then shooting accuracy.

xG per shot:  the likelihood of the players’ average shot to be a goal.  Players who are averaging close to 0.20 xG per shot or more are getting shots off in High Danger areas.  The further away from 0.20, the further away players are from the heart of the penalty box.  The exception would be headers – which, unless they are coming from within the vicinity of the six yard box, are not scoring at a high rate this season (7% of headers from the heart of the box have been goals – compared to 28% from the within the six yard box).

shooting percentage:  the percentage of shots on target that are goals.

shooting accuracy:  the percentage of shots on goal that are actually on target.

Note:  penalty shots are not included 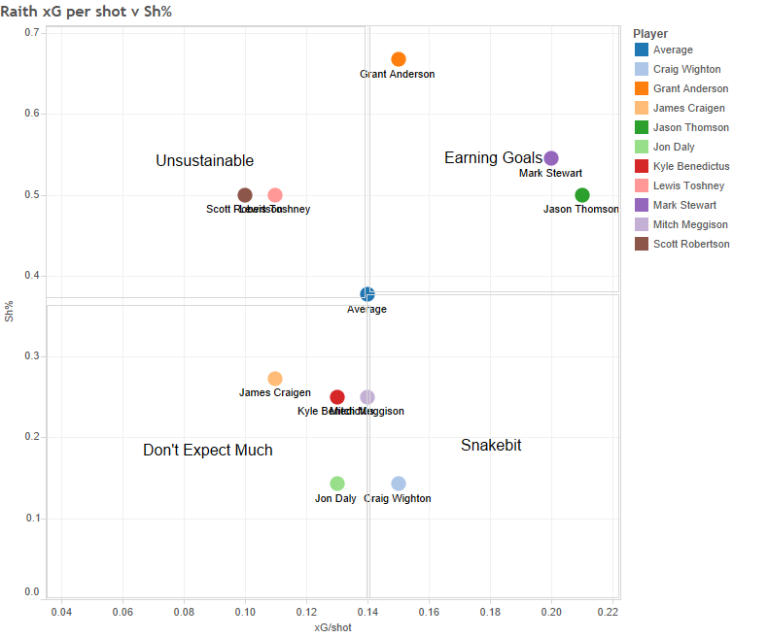 The shooting percentage (goals/shots on target) is along the vertical axis & the Expected Goals per shot runs along the horizontal. 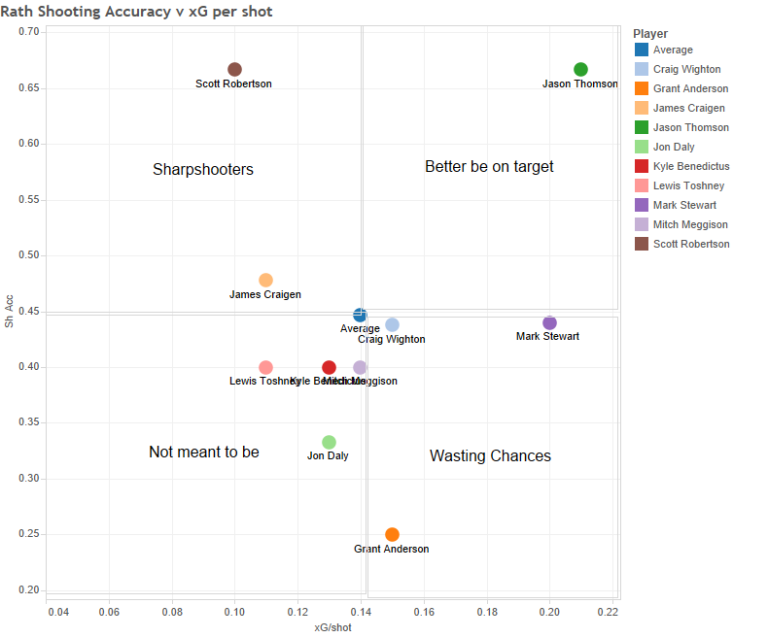