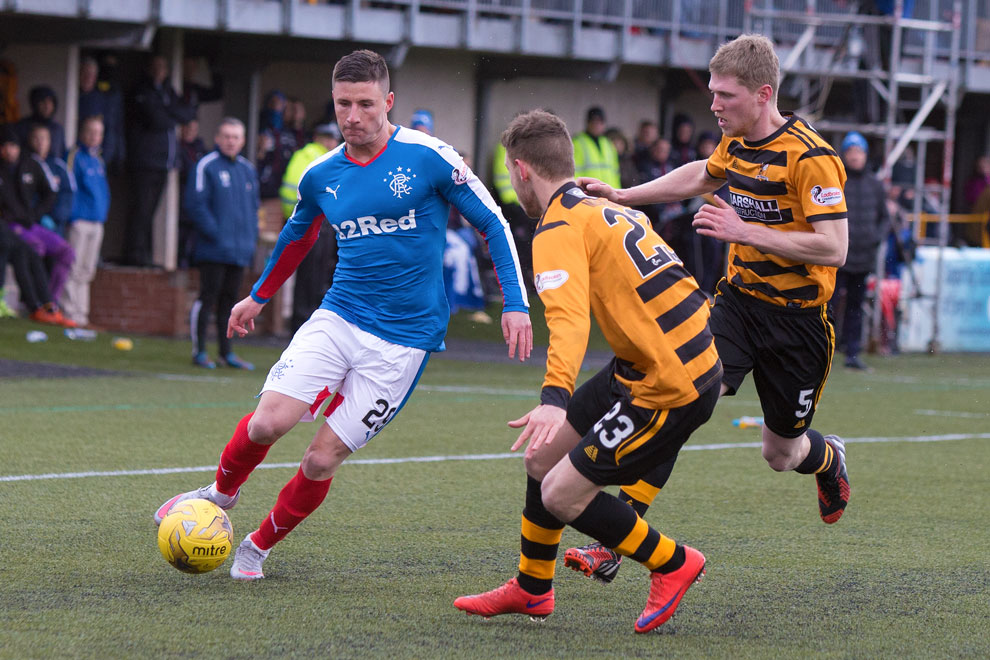 Yesterday we reported on the impact Martyn Waghorn has had on the team this season & the number that really stuck out was the fact that when you factor in goals, primary assists & secondary assists he had played a role in 48% of Rangers goals scored in the  league this season.

What’s a secondary assist?  It’s simply the pass that sets up the primary assist on a goal.  For example, in the clip below Gedion Zelalem was credited with the primary assist on James Tavernier’s goal.  If you peel back the layers on the goal, you see that Barrie McKay’s distribution was just as critical as he was the one who sent the ball into the vicinity of the penalty box for Zelalem to slide over to Tavernier.

Or how about this example…Nathan Oduwa does not show up on the official scoresheet on this goal by McKay because Waghorn actually gets his toe on the final ball the McKay ultimately finished.  Obviously, there would be no goal without the run by the since departed Oduwa.

After presenting Waghorn’s contributions yesterday, I figured it was an apt time to share the rest of the data for the season.

The below stats represent league play only & you can note that even if you subtract Waghorn’s eight (!) goals from the penalty spot, that he still is the team’s leading contributor to goals scored this season.

Sometimes it’s important to transfer these numbers into a graphical representation to get a better understanding of what is being presented.  So, below you have each player’s impact measured by the amount of minutes they have played this season in relation to what percent of Rangers 65 goals each player has directly contributed to – via a goal, primary assist or a secondary assist.  (One own goal has been scored in Rangers favor this season & that is not part of this study). 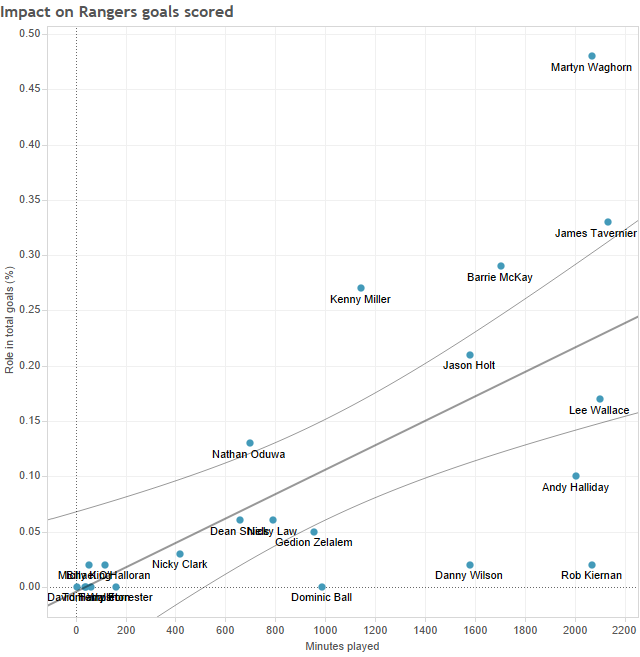