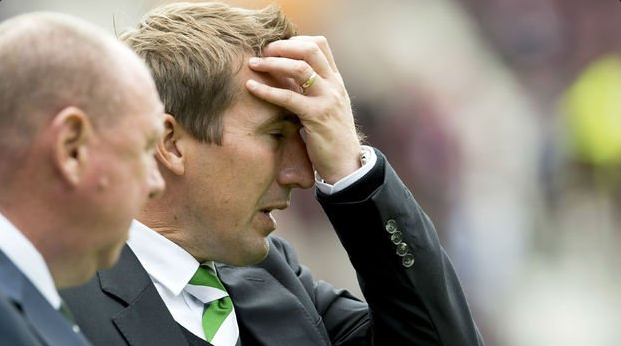 Hibernian manager Alan Stubbs is on the verge of leading the club to another year of Championship football if he cannot direct them through a six match run in the upcoming promotion play-offs.

It is a safe bet that his job is on the line.

Of course, Hibs have had the misfortune of sharing time in the second tier with a Robbie Neilson led Hearts side that have since vaulted to the top three of the Premiership & then with Mark Warburton’s Rangers – who will be looking to replicate Neilson’s success next season.

Where does that leave Alan Stubbs & a Hibs squad whose depth may even surpass Rangers’ this season.

Analytics blogger, One Short Corner, published a graph this weekend to highlight how impressive Leicester City’s success is in relation to how much money they spend on wages.  That spurred me to see how well the various managers were doing in the Scottish Championship in relation to the overall transfer value of their squads.

Using projected values from Transfermarkt, I borrowed One Short Corner’s concept & compared the value of the squads to how many points per match that teams earned.

Disclaimer:  I know that Transfermarkt is not the gospel but it is a reference point that many have used in the past.  Their valuations are not perfect, but they’re not perfect for every team – so there isn’t that much discrepancy. #funwithgraphs

Make sure you spend some time over at One Short Corner, especially if you are looking for some great introductory content on football analytics.