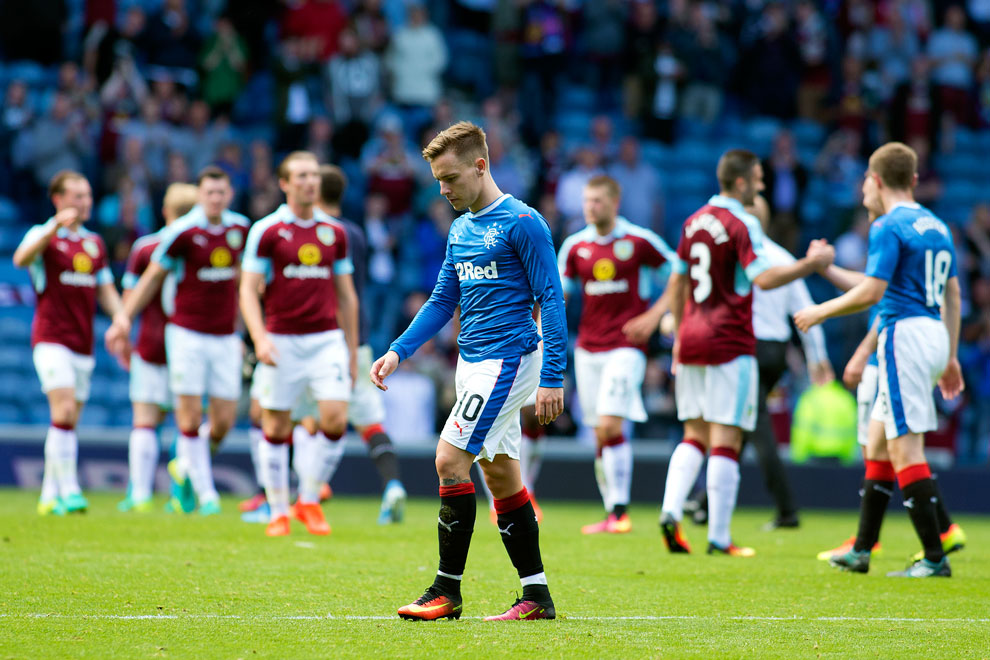 Given that this was only a preseason friendly, the access to data was limited.  So the following will only focus on the entry data that I tracked during the match. 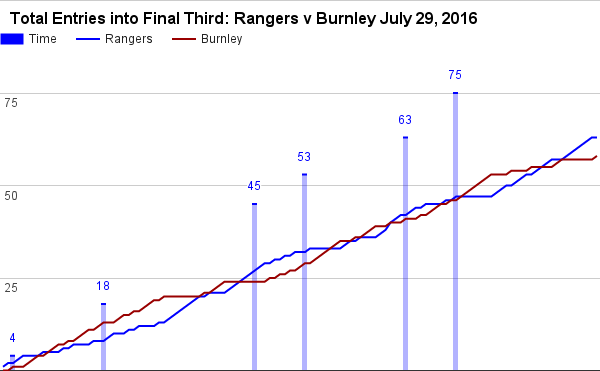 From the time of the penalty until Burnley’s second goal, they had 67% of the entries into the final third.  Seven of their twelve entries (58%) in this time span were controlled & six of those seven were central CZE (these led to four shots, including the second goal).  Only 17% of Rangers six entries were controlled – Joey Barton had three of the entries & Tavernier had two. Barton & Kranjcar had the only controlled entries (one each, both were distributions to the left flank).

After going up 2-0, Burnley had 52% of the entries into the final third – so this number evened up – which you would expect once a team gets a 2-0 lead…they sat back.  71% of Rangers entries were controlled in this game state & only 27% of Burnley’s entries were.  Both teams generated three shots directly from entries, Burnley’s third shot was the goal.

Rangers shut off after going down the third goal, as six of the next seven entries were by Burnley & ten of the next 14.

At the time of the Rangers’ substitutions, they had 51% of the entries.  After that point, they had 55%.

After Rangers scored, Burnley had the next seven entries into the final third.

The success rate on controlled entries was 62%, well below the average rate so far this season (77%).  Additionally, Rangers generated a shot on 11% of CZE, which was also well below this season’s shot rate of 21%.

When they did enter the final third with a controlled entry, it led to a positive result for Burnley 83% of the time, including a shot on 40% of their CZE.

While two of the central non-controlled entries were a penalty & a goal, the center backs did handle the 13 other central NCE – but all of those clearances (outside of one) came after Burnley was already up 2-0.