Competitive club football in July is so stupid.

*This is based on the Niederkorn player getting a toe on the last goal, which I’m pretty sure he did.

This stat functions like a Game Score for hockey or basketball & is an attempt to create a single number to indicate to what extent a player contributed offensively to his team’s chances of winning the match.  It was first introduced in this post. 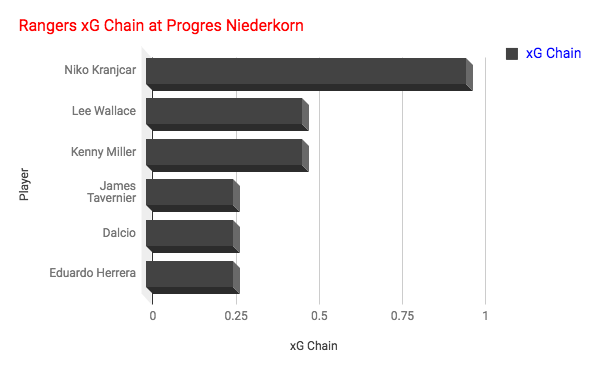 xG Chain was introduced & defined  by Ted Knutson & Thom Lawrence in this post.  My version is modified to only include the three passes leading up to a shot (key pass, secondary shot assist & establishing pass).  Welcome to DIY stats!