A glossary & rationale for tracking attacking zone entries can be found here in a previous post.

Controlled % is the rate of total entries that were controlled. 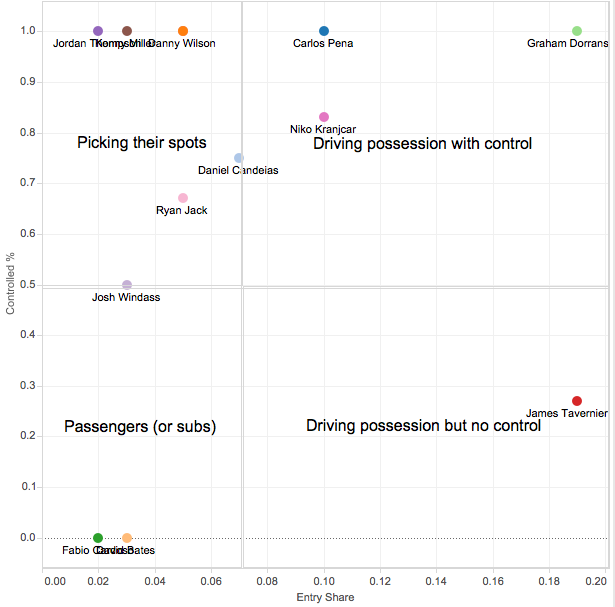 Entry Share is the percentage of the team’s total entries into the final third that the player accounted for. 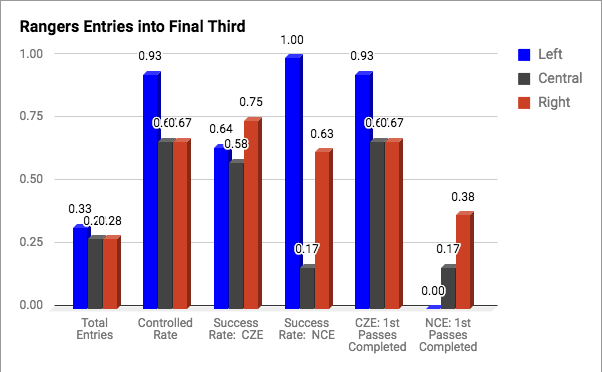 Lastly, it is interesting to combine that entry data with where key passes came from (key passes are the passes that set up shots).