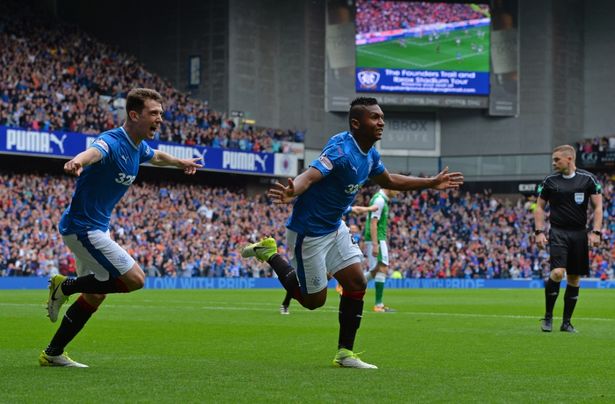 I have added a new stat to the database of Scottish Premiership stats that led me down a pandora’s box of data.

The stat, known as Key Pass Conversion Rate (KP Conv%) is rather simple:  it measures the percentage of a player’s Key Passes that are converted into goals.  Remember, Key Passes are the passes that set-up a teammates shot.

It’s not really meant to be evaluative of a players passing ability – but more of a conversation starter.  Why does a certain player have a higher KP Conv% than someone else (or vice versa)?  Internally for teams, it could trigger further video analysis to look for trends in different player’s Key Passes.  Is there a shot selection issue?  Is the passer’s decision making somehow influencing it?  Or is it all random luck?

As I was organizing the information & looking for entry points of analysis – I had a moment of clarity.

Given the burgeoning analytics movement in Scotland & the increased number of people willing to have conversations rooted in facts (aka stats), why not come up with a new interactive series?  I present the data — you share your insights?

If you feel that there’s data missing from the conversation –  find the stats here.  That’s the luxury of having a database like this…there are numbers to play with.

Below you will find, each team’s:

The task:  Share your analysis.  What are trends that stick out?  What are other statistical factors that you would include?  Add them from the database.  Which players are most at fault or the biggest drivers of a team’s results so far?

I’m very curious to learn from your observations

And yes….Rangers have only managed to get five of 35 shots on target.

Update:  here are the number of unassisted shots (not including free kicks) for each team.