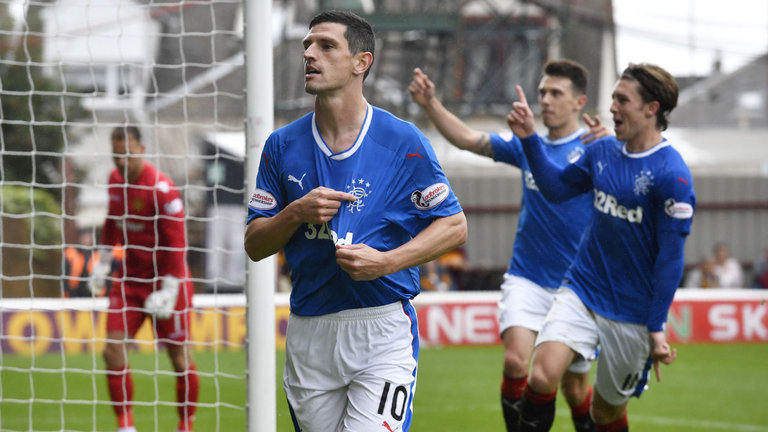 Jason Holt’s recent play has created a lineup dilemma once Graham Dorrans is ready to return to action & has inspired me to finally add Relative Shot Creation passing data to my ongoing collection of SPFL advanced stats.

The concept is pretty straight forward.  How does a player’s stats compare to the rest of his teammates playing a similar position?  For now, I’ve honed in on midfielders & wingers.

Below you’ll see all of those stats & how each Rangers midfielder/winger compares to his peers for each of those categories. (I was very liberal with minimum minutes played for the graph below.  The stats are in relation to every minute played by a Rangers midfielder or winger this season).

Click on the graph for a full page view of it.

You can see that there is a pretty consistent divide.  Daniel Candeias, Josh Windass, Niko Kranjcar (in limited minutes), & Jason Holt are out-producing their peers in most shot creation passing stats.  On the other side, you see that Ryan Jack, Carlos Pena & Graham Dorrans are all underperforming in relation to the other midfielders & wingers on Rangers.

Now let’s isolate each passing stat to see what how each player is impacting play in relation to his teammates. 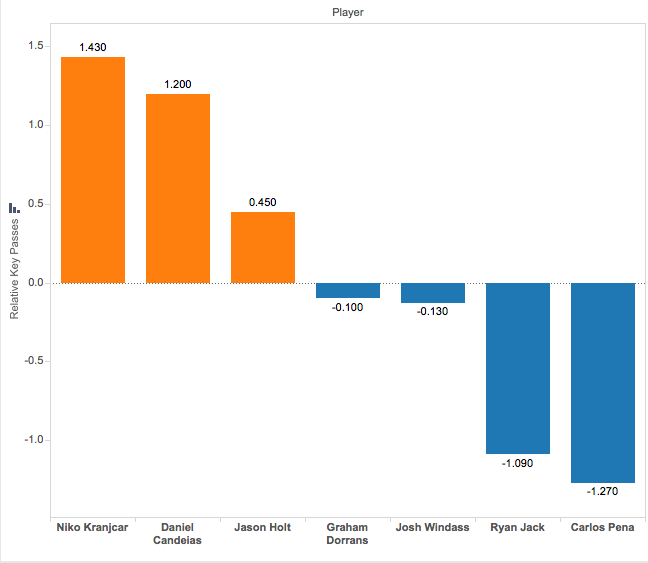 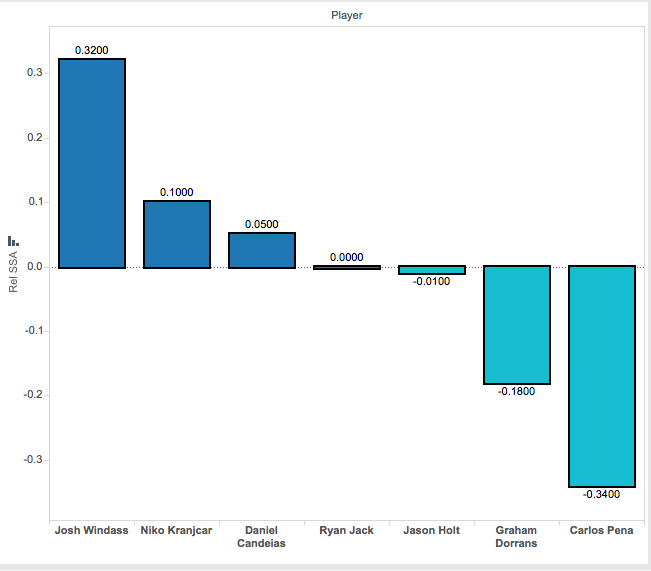 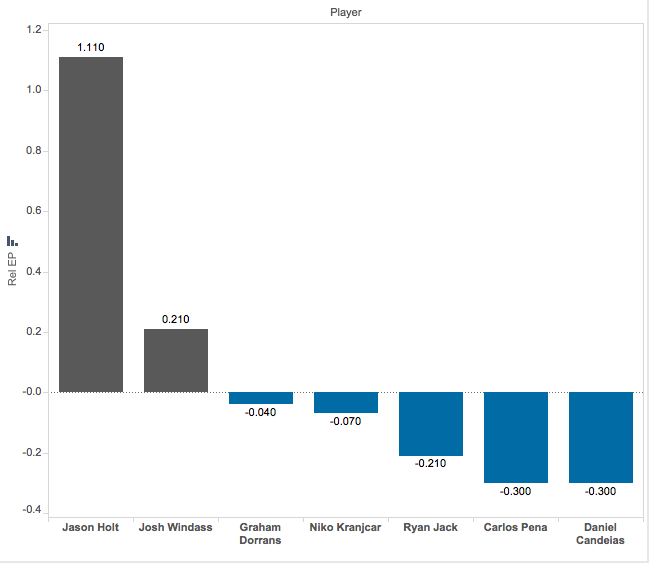 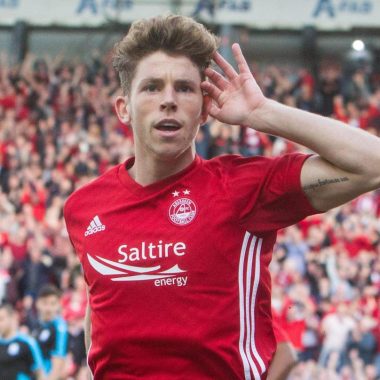 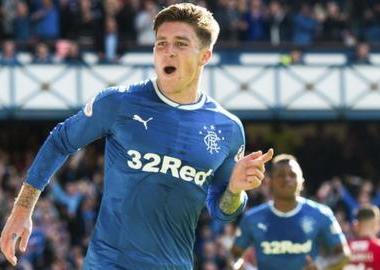 Beyond comparing players to their teammates, it can help provide some context to how a player’s production can be impacted by his team’s ability to generate offense in general.

What does that mean?

Christie’s per 90 rate is 0.70 higher than the Secondary Shot Assist rates of the other midfielders & wingers on Aberdeen.  Windass averages the same number of Secondary Shot Assists as Christie but it’s “only” 0.32 higher then his Rangers peers.  In other words, Aberdeen is highly reliant on Christie in their build-up play leading to shots & he is often the player who can get the ball to a teammate in a position to make that final pass to set-up a shot.

Rangers are less reliant on one player to make that play.  They have four midfielders/wingers who average 0.90 or more Secondary Shot Assists, while Aberdeen only has Christie who passes that threshold from that position.

Here’s how a player’s Relative passing stats are figured out.  Let’s use Daniel Candeias’ Relative Key Passes as the example

The objective is to figure out how his Key Passes per 90 compares to the average rate of the other midfielders & wingers on the team.

The key is to not include Candeias’ Key Pass totals when figuring out the collective Key Pass rate.

My plan is to do this for all midfielders & wingers in the Scottish Premiership.