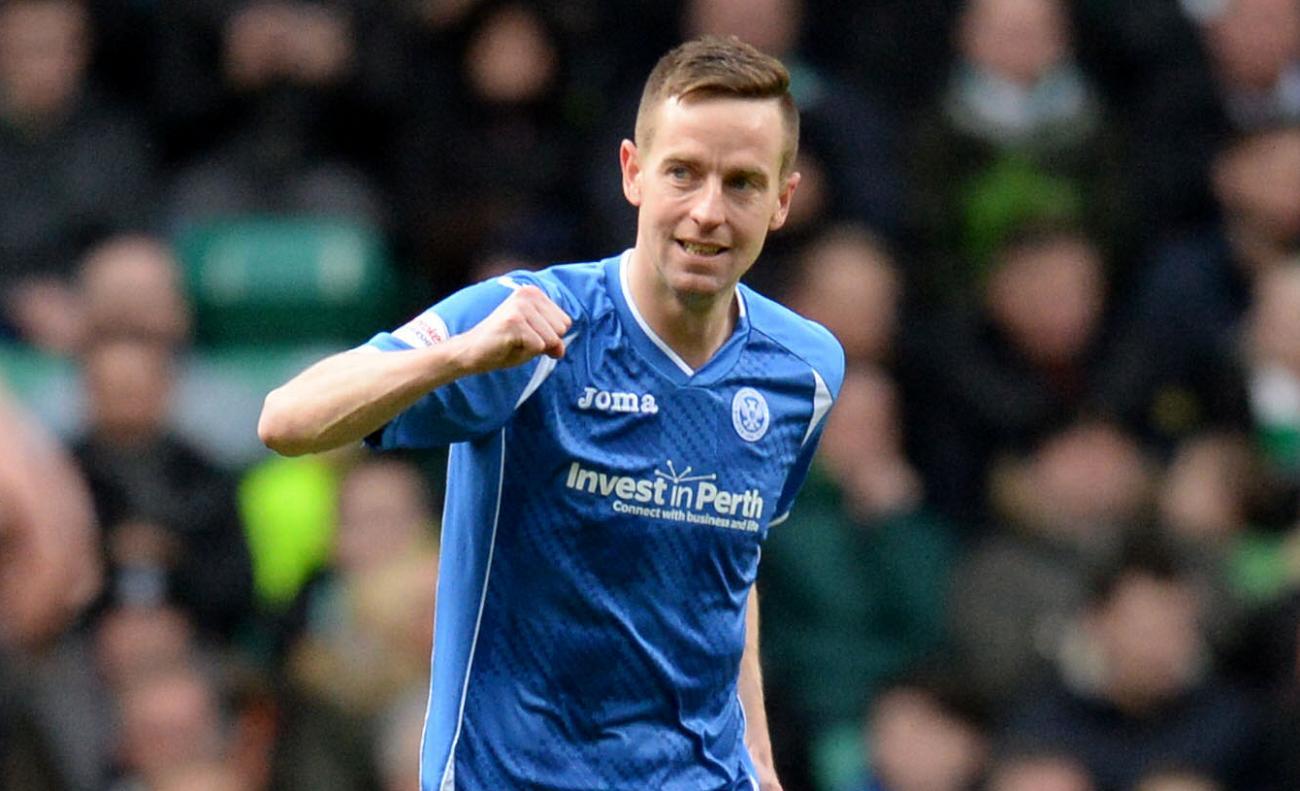 Look…I don’t feel like writing about Rangers’ debacle in the semi-final.  I just don’t.  It was bad – on so many levels.  I know this is a Rangers blog, but I’m going to use this as an opportunity to play around with some other kinds of writing on Scottish football.

The days of this site are probably numbered…given that most of my contributions will be transitioning over to a new project in the very near future.

One of the things I want to do this summer, is to write, brief analytics based synopses of the transfers that occur.  While other fine writers will offer up their assessments, I hope to root my analysis in the statistical output of the players involved.

First off, one of the arguments made in support of signing MacLean is his link-up play & that has been his overall redeeming value for St. Johnstone this season.  He leads St. Johnstone in Key Passes & he’s third in Secondary Shot Assists.  Additionally, he averages 0.12 Expected Assists per 90 (7th highest on the team) & his xG Chain per 90 is 0.267 (6th highest on team).  Yes, he is indeed involved in the build-up play, but the data suggests he’s not all that involved in the build up to dangerous chances (as highlighted by his pedestrian xA & xG Chain rates), and ironically his former teammate Graham Cummins had eerily similar numbers, & even better (0.267 xG Chain & 0.25 xA per 90).  He’s now playing for Cork City.

Now let’s focus on what forwards are really paid to do….score goals.

MacLean has a slightly above average Shooting Percentage this season (the rate of shots on target that are goals) & this is driven by the fact the most of his shots (59%) are Scoring Chances.  In fact, 37% of his shots come from within the six yard box, where you better be scoring at a high rate.  Given that only Hamilton has created fewer Scoring Chances this season than Hearts, I can understand the desire to find a forward who can find space in the heart (get it?) of the box for high percentage shots.

Why did I begin with Shooting Percentage?  I explained in a recent post the idea that this is a starting point to determine whether a player is likely to sustain his current scoring rates, see a boost in goals, or watch the glory dry up as regression kicks in.

Let’s look at MacLean’s Shooting % over the past three seasons:

In the post I referenced before, a Sh% of 0.333 was established as the baseline for “average” & you can see that MacLean has been finishing at an above average rate for the past three seasons.

You can also see that his finishing has been decreasing each season.  Oh boy….

As his Shooting Percentage has regressed, so has his production.  Below you’ll find his Goals Above Average & Goals Above Replacement rates from the past three seasons.  These terms were introduced last summer, but if you don’t feel like going back in time….Goals Above Average (GAA) shows how much higher a player’s goals per 90 is above the rate of the average forward in the league over the past four seasons.  Goals Above Replacement (GAR) is a similar concept, but looks at how much better the scoring rate is in relation to the worst goal scoring forwards (bottom 20%).  The closer a player’s GAR is to 0.0, the more imperative it is that forward is…..well, replaced.

Only non-penalty goals are considered.

MacLean’s Shooting Percentage in 2015-16 equals Leigh Griffith’s rate from last season (when he had one of the best goals per 90 rates in recent memory).  Guess what’s happened to Griffith’s Sh% this season?  It’s regressed.  What’s happened to MacLean’s ever since?  Yeah, it’s a slippery slope to normality.

That 2015-16 season was a career year for MacLean & you can see that he has been a below average striker ever since & this season he’s getting dangerously close to being a replacement level goal scorer (meaning the next guy in line would probably come in & score at the same or better rate).

When you take a look at his entire career, which ranges from the English Championship, Leagues One & Two, along with his stint in the Scottish Premiership – Steven MacLean has mostly been a below average forward who has usually flirted with simply being a replacement level forward.

What makes MacLean’s signing even less impressive is the fact he is not a high shot volume guy.  Over the past three seasons he has averaged 1.26 shots per 90 minutes (that’s barely better than Lee Wallace this season).  Take note that’s over 7,000 minutes – which is a pretty large sample size.  Yes, a high % of his shots are Scoring Chances…but that becomes pretty mute when you can’t actually produce a lot of shot attempts.

Did I mention he’s going to be 36 next season?

P.S. — If Hearts are really looking for a forward to connect attacks with his link-up play in the final third, maybe consider the following options:

Or…..give Rory Currie a chance & see if he can produce at this level?  He was the third best forward prospect in a project conducted this past summer.  The number one prospect?  Hibernian’s Oli Shaw…who is currently averaging 0.70 goals per 90 minutes in his few cameos this season.

2 thoughts on “Rate my transfer: Steven MacLean to Hearts”